Skip to content
Travel by electric car, walk on the pierclimb a cliff

and the tour ended with a coffee at Stefan Żeromski .’s house

– we show three places in Orłowo that we visited in the second episode of our series of famous attractions in the Tri-City. In the first part we presented interesting places in Oliwa.

Orłowo is a coastal area of ​​Gdynia, which was incorporated into the city limits in 1935. In the area of ​​​​just over 5 square kilometers there are such attractions as: a beach and a pier, a cliff, an abandoned sanatorium, a palace and park complex, a horse stud – Kolibki, a house Stefan Żeromski, the former inn Adlerówka or the summer stage of the Municipal Theater in Gdynia.

In addition, for many years at ul. Orlowska 13

there was one of the most famous clubs in the Tri-City – Maxim. the band made Lady Pank popular with the song Fri. “Dance stupid, dance”, starting with the lyrics – “At Maxima in Gdynia”. And next to the remains of the club, the building of the former Czerwony Dwór is deteriorating.

In our series, we will visit the three most popular places, namely the pier, the cliff and Stefan Żeromski’s house.

Access by electric car to the pier in Orłowo

At the beginning it is worth noting that we reached the area of ​​the pier in Orłowo with a free electric car. The vehicle carries passengers on the Klif Shopping Center route 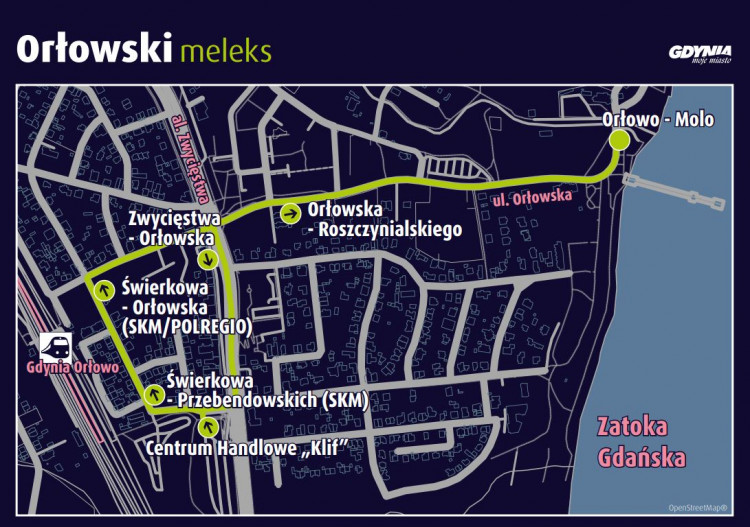 We start our journey from the pier in Orłowo, which in our opinion is one of the most charming places on the map of the Tri-City – especially at sunset.

Today’s pier is 180 meters long, but few people know that the facility was a whopping 430 meters in 1934. After its expansion, Orłów’s pier was adapted to dock ships of the white fleet. To improve the comfort of the sunbathers’ stay, Łazienki was built nearby at the time, which was demolished in 2012.

Interestingly, entrance to the pier – just like in Sopot – was paid.

In the winter of 1949, a powerful storm destroyed more than half of the structure. In 1953 the rest of the pier was renovated. 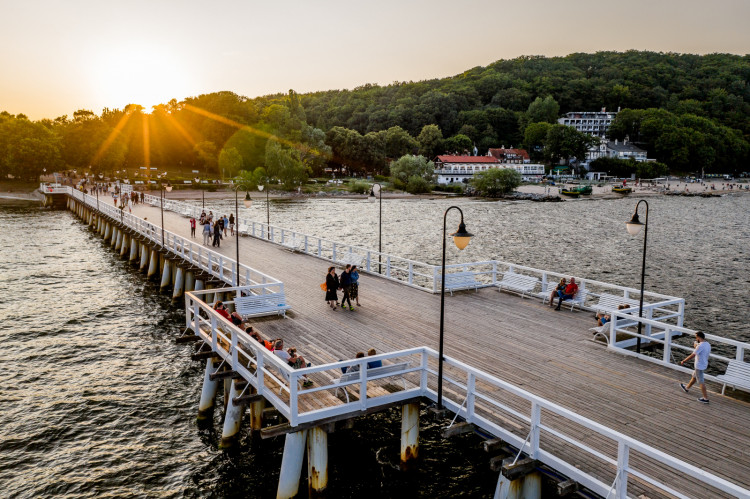 Everyone knows the cliff in Orłowo. The huge slope extends for about 650 m and is mainly made of moraine clay, clay sand and gravel of glacial origin.

If you look more closely at the rock face, you can also see rusty formations of iron compounds and the presence of lignite. The almost vertical slope has different heights, and the greatest height is up to 40 m above the water level in Gdańsk Bay.

Year after year, the cliff decreases by one meter and it is predicted that we will not see it again at the current rate of erosion in a few decades.

The best way to get to the cliff is from the beach. When we pass the abandoned sanatorium, just turn left into the forest where we will find stairs that will lead us directly to the top of the cliff. 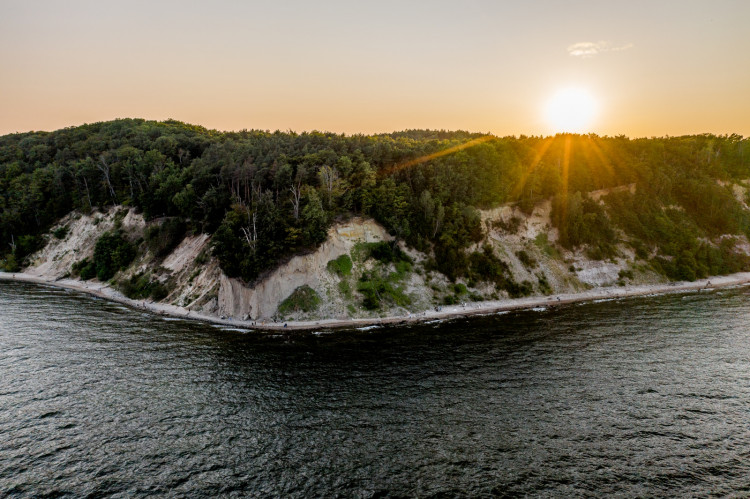 Orłowo is today a very prosperous neighborhood and there are many beautiful villas and houses. Interestingly, Stefan Żeromski lived here for several months in 1920. Today, his house houses not only a museum, but also a cafe.

During his stay, the writer was interested in the construction of Gdynia, he made numerous trips in the area, he also met Jan Kasprowicz, Jan Lechoń, Antoni Abraham, Bernard Chrzanowski and Jakub Mortkowicz. During his stay in Orłowo he wrote a piece entitled “Sambor i Mestwin”.

Until 1985, the building served as a residential function. Then, until 1989, it was abandoned. It was then that the renovation began, carried out on the initiative of the Association of Friends of Orłów. The facility opened on April 26, 1997. The museum exhibit dedicated to the writer opened to the public in November 2000.

Museum exhibition entitled “The Life and Work of Stefan Żeromski” is located on the first floor of the building. It presents memorabilia dedicated to the writer: photographs, copies of manuscripts, letters, documents and information boards.

There is also a library with old editions of Żeromski’s works. The whole is complemented by furniture and decor in the style of the period. In the cafe on the ground floor there is an exhibition of archive photos of Orłowo and Gdynia, as well as cards with the writer’s biography and portraits.

In the first episode, we showed you some well-known and loved places in Oliwa that are worth visiting. We invite you to the next episode where we will visit Sopot and show you how interesting you can spend a day in the resort.