In the coming months, there will be no people who want to buy houses and large apartments, real estate agents predict. Due to the difficult economic situation, expensive loans and high apartment prices, brokers are usually pessimistic when it comes to selling properties. Good economic conditions can only be expected in the rental market, where demand is and will remain high.

Like every quarter, the portal Nieruchomości-online.pl and experts from the University of Economics in Wrocław examined the mood of intermediaries and asked them about their forecasts for the next three months. It’s unlikely anyone will be surprised to hear that Currently there is pessimism in the real estate community.

High house prices, expensive mortgages and the generally difficult economic environment associated with inflation have kept many people from buying. According to JLL’s analysis in the second quarter of this year. the fewest flats have been sold in the 6 largest markets in Poland since the start of the pandemic.

– After two years of real estate boom, the market has already cooled down. Today, many buyers cannot afford to finance a credit-impaired purchase. This translates into much less interest that advertisers are already experiencing. No queues to buy means more room for price negotiation. Who will have to sell may come under pressure – says Alicja Palińska from the analysis department of Nieruchomości-online.pl.

The HRE Investments data, in turn, shows that: since February, the number of unique ads for the sale of apartments has practically not changedwhich also testifies to the stagnation in the market. The same conclusion can be drawn by observing the slowdown in new investments – according to the Polish Developers Association, the number of construction projects started this year is a quarter lower than in the corresponding period of 2021.

– On the supply side, the negative factors caused by war and inflation have intensified, increasing pressure on price increases (cost of labour, materials, energy, loans) – reads the report on the sentiment of middlemen.

When asked about the forecasts for the third quarter of this year, brokers were also generally pessimistic. First of all, they expect a further decline in demand for housing and large apartments. Between April and June declining interest in houses was registered by 67 percent. agents and spacious apartments – a whopping 74 percent. More than half of the respondents expect this trend to continue. Overall, the brokers’ forecasts are as follows:

There are two reasons why Poles will opt for smaller properties. The first is declining credit, which allows many people to afford a smaller area. The second reason is investment purchases (for rent) for cash to protect capital from inflation.

It is worth adding that not all experts agree with these predictions. Many expect a further rise in house prices, especially in light of rising inflation.

– This is the best time to negotiate good discounts with developers – there is no guarantee that such a situation will happen in the fall. There is no indication of price cuts, said Robert Chojnacki, president of redNet 24.

Real estate agents are only optimistic about the situation on the rental market. Due to the unexpected boom related to the influx of refugees from Ukraine, demand for rental apartments soared and rents skyrocketed. Currently, the movement in the market is still significant, albeit calmer – the number of people crossing the border has decreased and some Ukrainians have returned to the country.

– Refugees from Ukraine will continue to have an impact on the real estate sector, especially in the rental area, but the market has already partially adapted to this situation. There remains uncertainty about when the refugees will return home. In the next quarter, the lease will meet a high demand, but it will not grow as intensely – says Dr. Bogusław Półtorak, professor at the University of Economics in Wrocław.

As for the predictions for the future, almost a third of real estate agents think demand for rental properties will remain at current levels, with just over half increasing. In the opinion of intermediaries, all sizes will enjoy interest, which will have consequences for rents.

– Higher rents are estimated at 56 percent for studios. real estate agents, and in the case of larger apartments – 52 percent – says Alicja Palińska from Nieruchomości-online.pl.

Will people fleeing war deal with rising rents? This is hoped by the findings of the Ministry of Family and Social Policy, according to which: more than half of the refugees have already found work in Poland. According to the Human Resources Department’s Polish Labor Market Barometer, most employers have a positive or neutral attitude towards people from the East, and these workers are particularly valued for their dedication (54%) and quick adaptation to new realities (39% ) and efficient learning of the Polish language (32 percent). 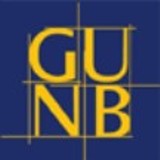