The Central Government Legislation Center has published an updated draft law for professional artists. This is the end of the process of several months of legislative work, including: public consultations and inter-ministerial arrangements. The law civilizes the conditions for artistic work and provides the lowest-earning artists with a minimum of social security in the form of access to social and health insurance. During the work on the project, all comments submitted, including by institutions, trade unions, artists’ organizations and private individuals. As part of the consultation, discussions were also held with representatives of manufacturers and importers of electronic equipment.

Consultation and agreements – what has changed?

A number of substantive, procedural, binding and formal changes were made during the work on the bill. Among other things, there was a decision to change the name of the project to the “Professional Artists Act”. The basic definitions in the legal act were clarified and supplemented, and new ones were introduced, including: the so-called ICT system of the register maintained by the director of the Polish Chamber of Artists. This system will be used for communication with all entities participating in the process of certification of the rights of a professional artist: artists, members of the Artists Council and representative organizations. Records have also been established regarding data storage security procedures and applicant authentication.

In addition, a new provision appeared in the draft law, according to which the Council of the Polish Chamber of Artists will be obliged to prepare a report on the fair use market in the Republic of Poland. The report looks at, among other things, the extent of permitted use, the types of devices and the damage artists suffer as a result of duplicating their works.

Moreover, as a result of the consultations, it was decided to exclude industrial equipment from the reprographic compensation, so that the design is in line with the relevant rulings of the CJEU.

At the request of the Human Rights Section of the Student Legal Clinic of the Jagiellonian University, the catalog of persons who can request confirmation of professional artist rights has also been expanded.

The project also changed the application deadlines and the period for which social security grants are awarded to the lowest-earning professional artists. They have been adjusted to the reality with regard to the period of tax settlements.

The permission proposals have not changed thanks to professional artists, including:

The bill will be sent to the Sejm in the coming months.

The new bill has arrived here.

The law civilizes the conditions for artistic work and provides the lowest-earning artists with a minimum of social security in the form of access to social and health insurance. The costs of the proposed solutions do not weigh on the taxpayer, because they are financed from the proceeds of the so-called reprographic tax and blank media tax (so-called fair culture compensation) paid by manufacturers and importers of electronic equipment. Fair culture compensation has been around for many years in most European countries, including Germany, France, Italy and Hungary.

The real situation of makers in Poland

Design Trade to Professional Artists is a response to a number of postulates that have been submitted by the artistic community for years. Most artists are in a very difficult financial situation and live on an irregular income – often below the minimum wage. Due to the instability of employment and low wages, artists in Poland live outside social security. Many makers are unable to pay the pension premium, which means that they are not entitled to a retirement pension when they reach retirement age.

The reprographic allowance, in force in Poland since 1994, is a flat-rate allowance provided to artists by manufacturers and importers of electronic equipment, allowing the so-called fair personal use, i.e. personal use of works such as music, film, image or text , significantly increasing the demand for electronic devices. The fee is usually collected on devices such as computers, tablets, copiers, players or SmartTV, as well as on the so-called blank data carriers (disks, discs, flash drives, memory cards). In Poland, the list of devices has not been updated for several years and the fee still covers tape recorders and video recorders, as well as audio and VHS cassettes. The fee is not a tax, its revenues do not go to the state budget or local self-governments. 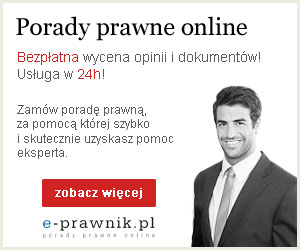