If you are planning an exotic trip, remember that preparations for it should start several weeks before. Find out what to take care of before your trip, what rules to follow during your stay in the tropics and what to pay attention to when you return to preserve not only good memories, but also health.

In recent years we have seen an increased interest from Poles in traveling to the tropics. According to the Central Statistical Office, Poles most often go to Kenya, Tanzania and Mexico, as well as to the countries of Southeast Asia.
Everywhere there is a high risk of contamination with pathogens that are absent or rare in our latitude. Better to protect yourself from them. 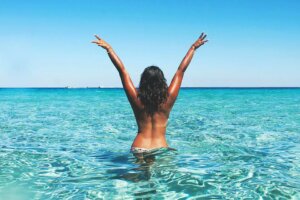 More travel to the tropics means an increase in the number of people returning home with various health problems. The most common tropical disease is malaria. According to the Chief Sanitary Inspectorate, we have about 50 cases of malaria per year in Poland – all cases since the 1960s are a disease imported from endemic countries.

However, there are cases of other dangerous diseases typical of the tropics, such as dengue fever, ie hemorrhagic fever, yellow fever and parasitic infections of the gastrointestinal tract, such as, for example, amoebic dysentery. 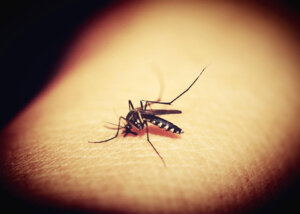 “Malaria is a potentially deadly vector disease, that is, it is transmitted by mosquitoes. It can occur in very different ways: resembling flu-like infections with fever, muscle and joint pain, but also with numerous organ complications. People with reduced immunity are most exposed to it, ie the elderly and children under 5 years of age who have not developed this immunity to the end” – says Dr. Szymon Nowak of the Clinics for Tropical and Parasitic Diseases of the Clinical Hospital Heliodor Święcicki at the Medical University of Pozna.

We should start early enough with a trip to another climate and sanitation zone – preferably about 6-8 weeks before departure.

– “This is long enough to discuss with a doctor what type of malaria prophylaxis is recommended for a particular patient, to complete all vaccinations and learn about the rules to follow during our stay in the tropics” – says the specialist.

There is no vaccine against malaria, but your doctor can prescribe a drug that largely protects against the disease.
Detailed information will be provided by a physician of appropriate competence – it is worth seeking out a facility that offers tropical medicine services. They are not financed from public funds. Such services are often provided by SANEPID stations or clinics in infectious disease hospitals, as well as a number of private entities.

Also, don’t forget to get appropriate medical insurance. It is also worth paying attention to the cost of possible medical transport from a particular place and whether our policy will cover this type of cost.

The most important rule, to which there are no exceptions, if we want to prevent health problems, is hand and food hygiene. 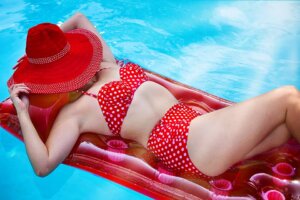 – “Avoid drinking water from unreliable sources, only use bottled water. Experts even recommend brushing your teeth with such water. We should also be careful not to drink drinks chilled with ice cubes, because we never know how they formed – if the water is from an unreliable source, it could contain invasive forms of the protozoa responsible for amoebiasis. In Southeast Asia, street food is a popular part of the tradition, which is a risk factor for a European traveler (e.g. diarrhea). The second element is protection against insect bites, so the use of repellents, wearing long clothes in the dark “ – lists Dr. Szymon Nowak.

If you are on holiday in the tropics, it is also better not to eat raw vegetables and fruits that cannot be peeled.

Before departure, it is good to check the possibilities of getting medical help on the spot: where is the nearest hospital, doctor, laboratory that can diagnose malaria or the so-called traveler’s diarrhea, which is very common among European tourists in the tropics.

It is also worth taking care of the correct equipment of the travel kit – it is best to prepare it together with the doctor who consults the patient before leaving.
After return 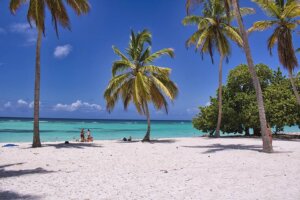 If, after returning from warm climate countries, you have upper gastrointestinal problems, disturbing symptoms such as abdominal pain or diarrhea, or high fever, you should go to a center that is experienced in diagnosing and treating diseases imported from the tropics.

– “If, based on the interview and the test results, there is a suspicion of a tropical disease, the attending physician usually contacts the reference center (Poznań, Gdynia, Warsaw) about the possible transfer of such a patient and further diagnosis or implementation appropriate therapy” – says the doctor.
How to protect yourself from malaria:

Talk to your doctor about the choice of vaccinations.
The main principles of travel prevention in the tropics