Why is it worth visiting Koszalin? It is a city that is constantly changing – for the better, of course, and which offers its guests an interesting cultural offer and many different attractions.

Koszalin – a city connected to water

Koszalin is inextricably linked to water, but not only because of its proximity to the sea, which is about 11 kilometers away. The city is located on two lakes – Jamno and Lubiatowo Północne and on the Dzierżęcinka River.

Jamno Lake is a reservoir created from a sea bay and still connected to the sea (via Jamieński Nurt). This one a place where water sports are done intensively – sailing, canoeing, windsurfing and kitesurfing. There are many equipment rentals and sailing marinas. Moreover, Jamno Lake also attracts fishermenwho can catch here incl. pikes, crucians, perches and cockroaches. 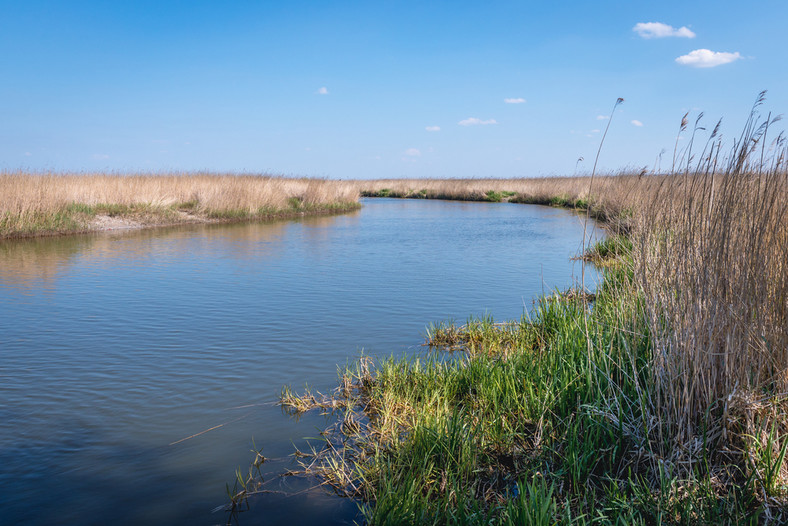 When visiting the lake it is worth taking advantage of the interesting attraction that it is a ride with the water tram “Koszałek”. It is a ferry that crosses Lake Jamno, and more specifically from Koszalin to Unieście. The journey takes about 20 minutes and is a great alternative to traveling by car, as the road to the sea is often very busy during the holidays. The crossing “Koszałek” has been in operation since mid-June. The ship will remain in service until August 28. Four times a day on weekdays and five times on weekends. You can reach the marina by bus number 6, indicated on the route. 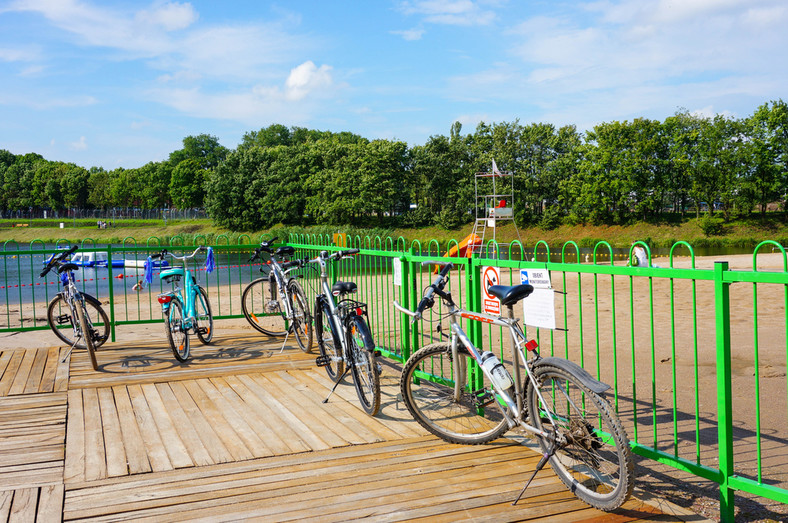 However, the sea, lakes and river are not everything. There is also an artificial water reservoir in Koszalin – the reservoir of the Water Valley. It is primarily a resting place, which is well developed. Here we find, among other things, a supervised swimming beach, a sandy beach, a playground for children, an outdoor gym for adults and a beach volleyball court. Of course, tourists can also use sanitary facilities and catering. Active recreation enthusiasts will certainly benefit from a kayak rental or wakeboard lift. 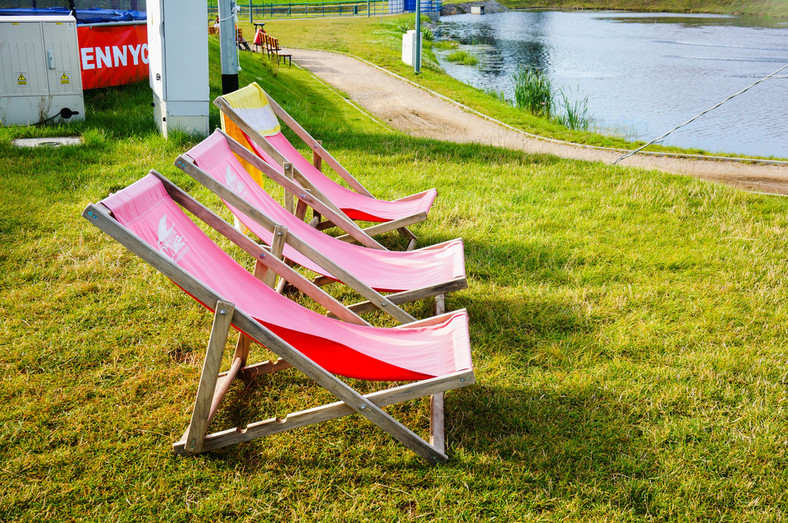 What is a wake board? It is a sport where you swim on a special board on the surface of the water, holding on to a rope that is pulled through a pulley. Unlike windsurfing, kitesurfing or surfing, wakeboarding is not dependent on the weather conditions. The learning is not difficult and long – just a few moments under the supervision of an instructor are enough to swim for the first time and stay afloat.

Koszalin – one of the greenest cities in Poland

More than 40 percent The area of ​​Koszalin is covered with forests and parks – in the city center there are no fewer than four. The most popular and also considered the most beautiful is Pomeranian Dukes Park “A”. The area is 10 hectares and extends from Rzeczna Street to Kutrzeby Street. It is worth noting that the park was built in the years 1602-1816 and its development was completed around 1934. 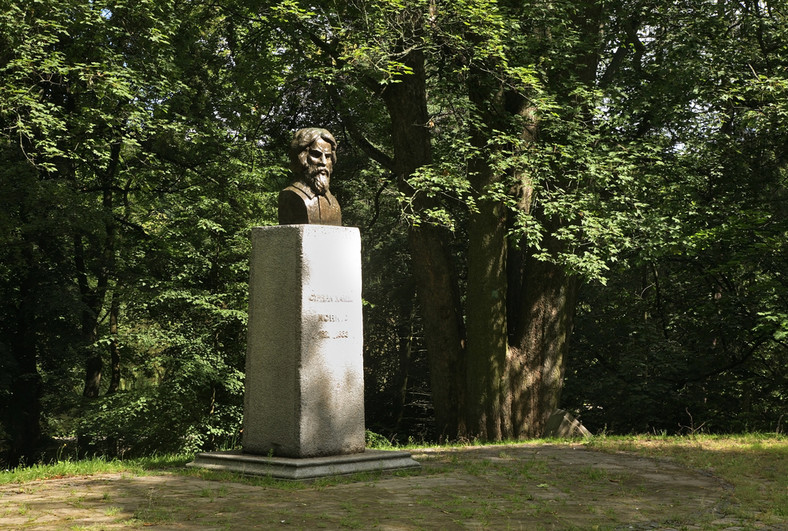 It is currently growing in the park more than 120 species and varieties of trees and shrubs. The most interesting specimen is the oldest tree in Koszalin, the common maple (called the “witch tree”), about 300 years old, a remnant of the former castle garden. True, in 2011, it was destroyed by a storm, but the left trunk began to sprout new shoots, which allowed the formation of a new tree. 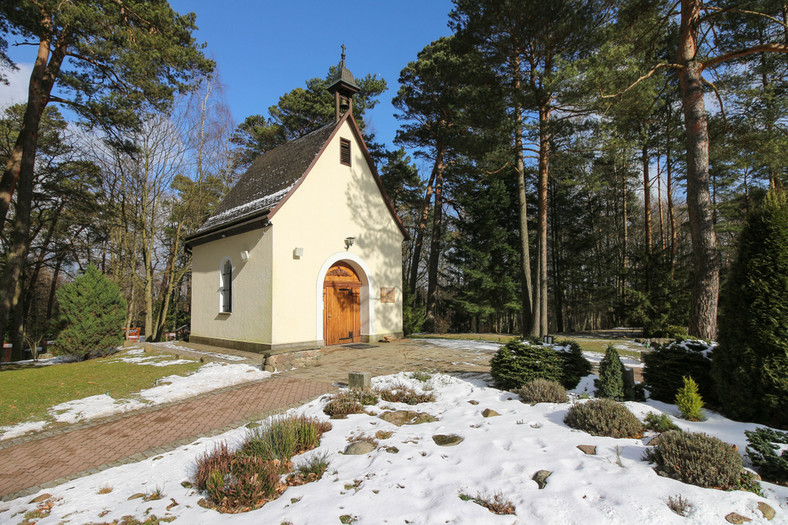 Shrine of Our Lady of the Thrice Miraculous, Góra Chełmska

While walking around the city, it is also worth visiting the park near the amphitheater and the nearby amphitheater Chełmska Mountain, where numerous hiking trails have been set out. At the highest point of Góra Chełmska, i.e. Krzyżanka, it is located historical Observation tower – you can admire the beautiful panorama of the area (on clear days you can see the Baltic coast) and a small chapel – Shrine of Our Lady of the Three Timesvisited by Pope John Paul II during his pilgrimage to Poland in 1991.

Koszalin – the cultural capital of the region

Let’s start with the fact that this is what Koszalin can boast about Poland’s largest indoor amphitheater – in the audience of the Ignacy Jan Paderewski, there are as many as 4.5 thousand. seating for viewers. There are also Koszalin Philharmonic and Bałtycki Teatr Dramatyczny im. Juliusz Slowacki.

Every year, Koszalin hosts many interesting cultural events that attract viewers from all over the country. These are among others the oldest and largest festival of young cinema in Poland – Koszalin Film Festival debuts “Młodzi i Film”, European Film Festival Integration You and Me, Cabaret Festival in Koszalin and Hanza Jazz Festival.

Koszalin – which monuments are worth paying attention to?

It is true that despite the city’s long history, not many monuments have survived, but there are a few places that you should not miss when visiting. 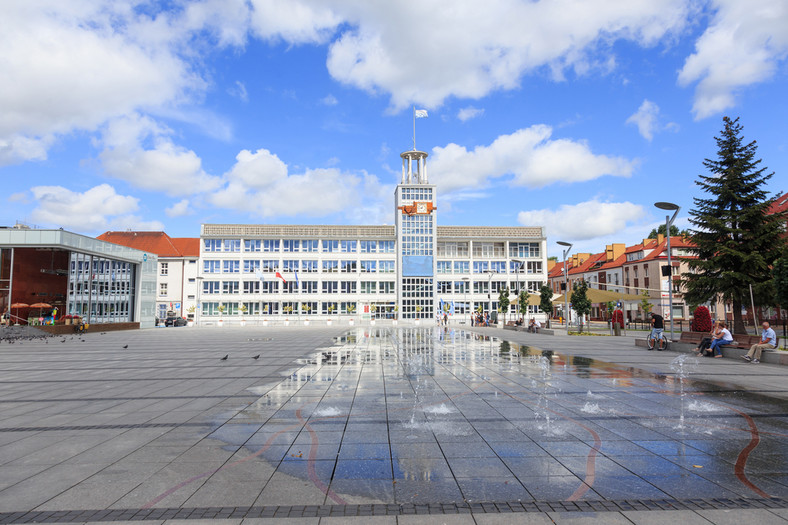 Located on the Old Town Square modernist town hall has as many opponents as supporters. The building, built in the 1960s, is distinguished by a rather characteristic shape and can certainly be considered a symbol of Koszalin. Interestingly, according to the first assumptions, such a town hall would be built in Szczecin.

The rest of the text below the video

A short distance from the market square there is a Gothic one built at the beginning of the 14th century Cathedral of the Immaculate Conception of the Blessed Virgin Mary. It is one of the few facilities in Koszalin that survived the fires that ravaged the city. The largest took place in the 18th century and destroyed almost the entire city. Interestingly, part of the city walls was then demolished and used as material for building new buildings.

Cathedral of the Immaculate Conception of the Blessed Virgin Mary

The open-air museum is another place worth visiting during your stay in Koszalin. It presents the culture, customs, rituals and art of the inhabitants of two non-existent villages near Koszalin – Jamno and Łabusz. In 1945 they were forced to leave their homes and move to Germany, but they stayed with them traditional buildings and unique decoration of houses and farms. 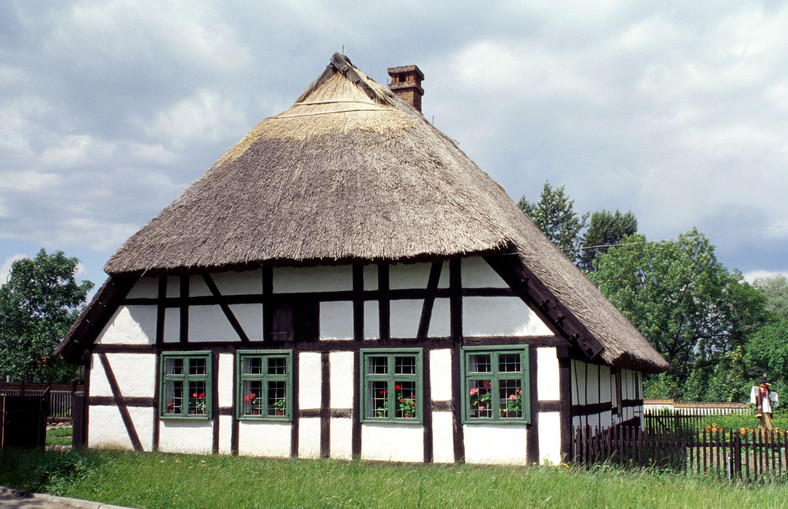 It is worth emphasizing that Jamaican culture has been the subject of ethnographer research for many years. Among the characteristic elements are decorative paintings on furniture or tools with floral motifs, spinning wheels and stylized hearts. The open-air museum includes: an 1869 fisherman’s hut, an early 20th-century shoemaker’s workshop, and a converted barn with a blacksmith’s shop.