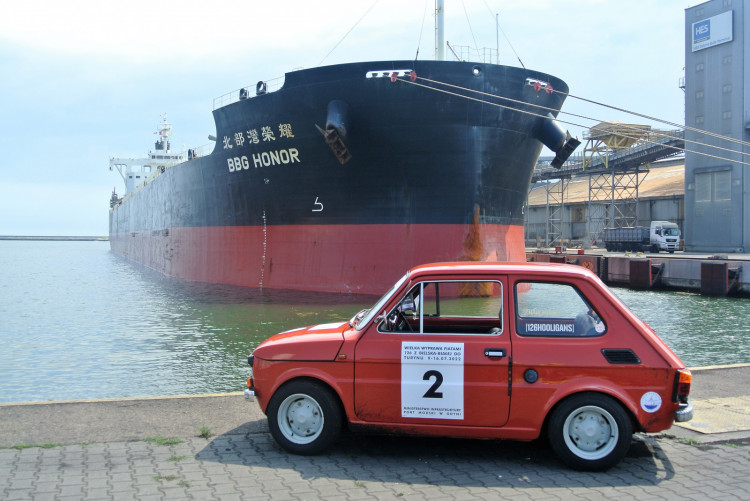 Over the past few days, you heard or read in the national media about a group of enthusiasts who left Bielsko-Biała for Turin in a procession of 12 Fiat 126p. Among the participants is also the legendary Sobiesław Zasada. A few days before the start of the trip to Italy, one of the “Maluchs” visited the port of Gdynia. It was quite a sentimental visit.

The escapade to Turin was organized on the occasion of the 50th anniversary of the start of production of the Model 126 in Italy. The initiators of the idea are enthusiasts of the group 126Hooligans, which includes 16 collectors with an impressive collection of 70 “Toddlers”. The expedition started on July 9, while small Fiats arrived at the finish on Wednesday, July 13. On site, the participants met Fiat authorities, club 126 Italiano and fans of this iconic model from Northern Italy. The return to Poland is scheduled for July 16.

However, before small Fiats set a course for Piedmont, one of the filigree heroes visited the port of Gdynia on July 1.

We are happy that in a special year for us, the anniversary of the Port of Gdynia, we can be part of the initiative of car enthusiasts who take us on a unique – sentimental journey. History is complete, the historic red Fiat re-entered the world after a visit to the port of Gdynia, this time on wheels for a unique journey to Turin. In an unusual way we can celebrate history together and share it with others – he says Alexander Wicka from the port of Gdynia. 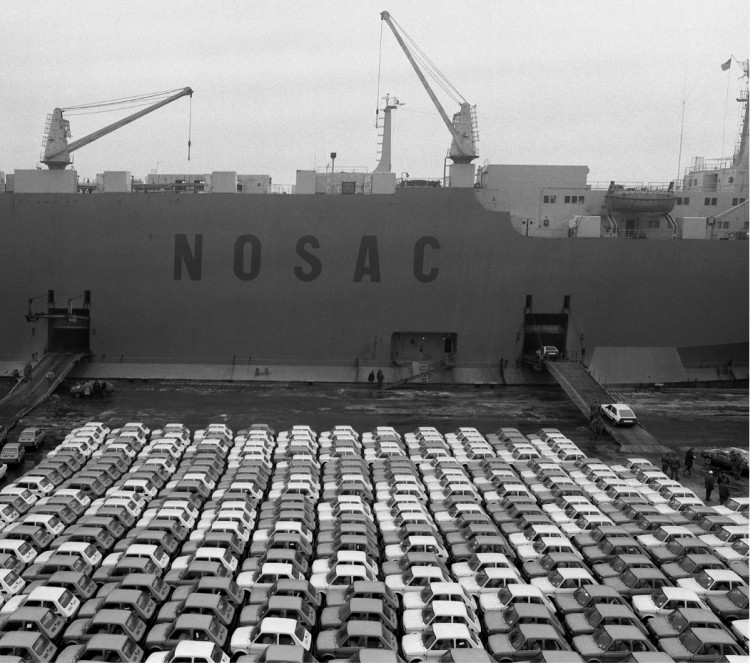 Recall that in October 1972 the Fiat 126 was officially presented at the Turin auto show, exactly. Just before the presentation, the Italians made the first 100 copies in Cassino. The Polish premiere of this model took place on November 9 at Plac Defilad in Warsaw. On the other hand, the license production at the Bielsko-Biała plant started in 1973. The production of the model ended after 28 years, in 2000.

“Maluch” in the port of Gdynia

This car was motorized in Poland and acquired the status of a cult car. Currently it is a rarity on our roads. As mentioned above, one of the Fiat 126p visited the port of Gdynia just before the trip to Italy. In the context of small Fiats, this place is also symbolic, because after all years ago, thousands of Polish Fiat 126p departed from the port of Gdynia into the world to cross the roads, among other things, Cuba or China†

This is a 1975 Fiat 126p in the color Rosso Coralo Scuro 165 – it says: Arthur Pocian from the group of 126Hooligans, sitting in a nice red “Toddler”.
One look at the driver and you immediately see that the Fiat 126p for Pocian is more than just a reminder of the previous era – the tattoo on the forearm betrays it. Artur Pocian and his friends came to the port of Gdynia with his tasteful “Baby” to see for themselves where the history of many of these cars began.

Big Fiats and Polonaises in the Tricity visited Zakopane 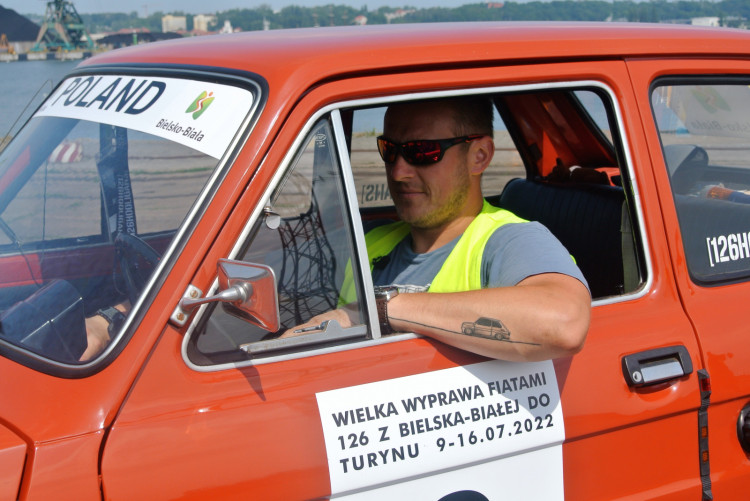 The port of Gdynia played a very important role in the development of the Polish car industry, including Fiat. From here cars were sent all over the world: to Cuba, to China, where several thousand Fiat 126p were used as a taxi. So the port has a very big part in the fact that this car has become very popular in the world – he says, turning on the French quay.
12 beautiful Fiat 126p, including 1988 model with folding roof, 126p in the race version, the so-called chinchilla, or “Maluch” from 2000, or finally a real small Fiat convertible from 1994, took off on a sentimental holiday route from Bielsko-Biała, where these vehicles were assembled for years, after the model’s birthplace.

The veterans: Zasada and Bielak also chose the course for Turin 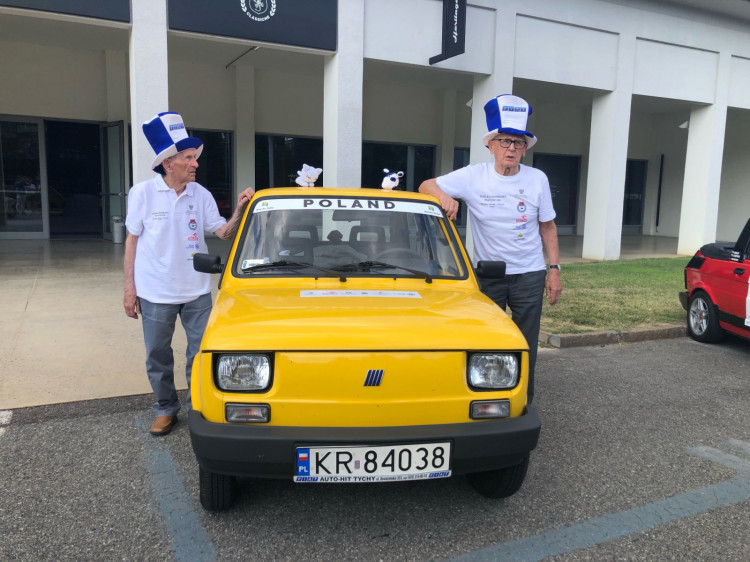 We are joined by Sobiesław Zasada with Longin Bielak, who traveled on the exact same route to Turin in 1975 on wheels. The route is 3126 kilometers long. They go with number 7. We follow the same route to take a nod in that direction. We are enthusiasts, we love this Fiat. They love him too, so they go with us, Pocian adds.
Sobiesław Zasada and Longin Bielak covered hundreds of kilometers in the 1970s with the Fiat 126p. They include Monte Carlo rally route. They drove from Bielsko-Biała to Turin with a brand new “Maluch” in yellow, with a mileage of 230 kilometers, owned by Sobiesław Zasada himself – one of two 126p the famed driver has. Zasada and Bielak are the oldest crew members who traveled more than three thousand kilometers with “Maluch”. They are respectively 92 and 96 years old†

For me, this journey is an adventure and a memory of the Monte Carlo rally of January 1975, on the route of which I also went out in a small Fiat. Then I wanted to show the Poles for whom “Toddler” was a big dream that you can travel any route with this car. My pilot then was Longin Bielak. Today he also travels with me and he is 96 years old, and together we are 188 years old in total – said Zasada, nestor of Polish rallies, three-time European champion. 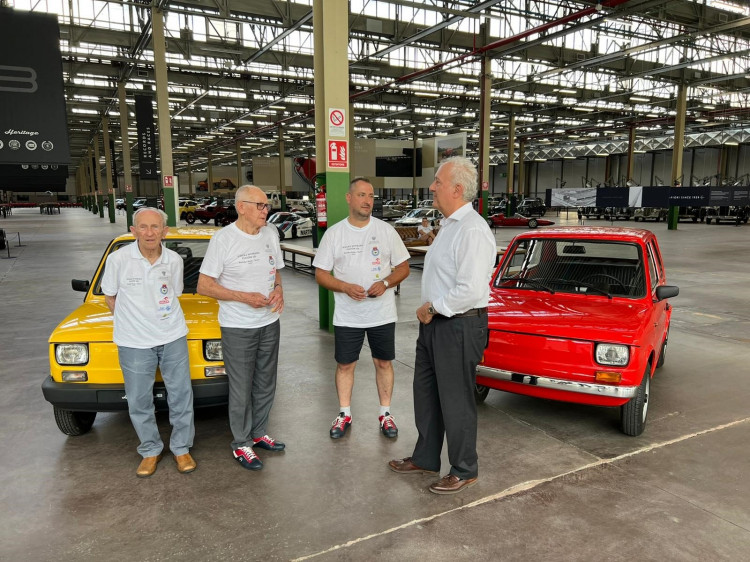