We bought tickets to Italy a few days in advance. It is worth noting that during the summer season, airlines fight over passengers and they offer really affordable prices† You can also fly one way to the holiday resort less than PLN 150.

The day before the planned trip (Monday 18 July) we checked on the website of the Italian Ministry of Foreign Affairs which documents need to be prepared. We started with a short the localization form on the platform EU Digital Passenger Locator Form, which includes information in English on how we get to the country (carrier name, airline, row and seat number, etc.). This form has to be filled in many fields (it is obligatory in Greece or Spain, among others), of course it has a different form.

Another document is the document confirming vaccination against COVID-19. Since more than 14 days have passed since the second dose, we downloaded the application “MojeIKP” to the phone and logged in. He appeared on the bill QR code and our EU Covid certificate. If we are not vaccinated and we want to have a certificate, of course we need to have information in the system about a negative test or a history of illness.

But that’s not all – we had to generate a Wizz Air boarding pass. It went very quickly and successfully. However, to our surprise we received information at the end that this was not the end of the check-in process – we pick up the ticket at the baggage drop point. It didn’t take long as we had to check in all our 20kg luggage anyway.

We had a flight from Okęcie airport to Rome Fiumicino at 6:30 am gates are supposed to close 30 minutes early. For security reasons we were at approx 5. We were greeted by very long lines in the departure lounge. It turned out at the same time there were several departures from the same carrier.

Since the line seemed to be endless, some of the people who had left before us and got stuck at the end bypassed the crowd of people and reached the counter to check in faster. Nobody resisted. However, it was clear that there was confusion among the passengers.

When we got to the counter, the service lady asked us for ID documents and asked if we had a completed entry form to Italy. She gave us tickets and that’s it. There is currently no evidence of vaccination or test verified. 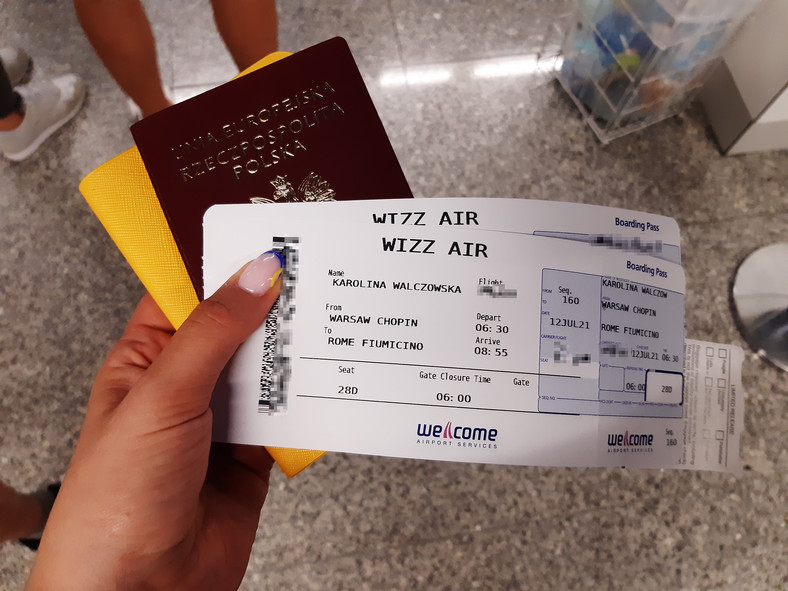 Airline tickets are issued to all Wizz Air passengers

The security check was much faster, passengers on the plane were admitted smoothly.

On board the aircraft, the staff handed out one-time to passengers disinfecting wipes for hands. The plane was there almost fully occupied. Most of the passengers wore masks, although “it happened to fall under someone’s nose”. Some also apparently ate something during the trip to avoid having to cover their faces and mouths. 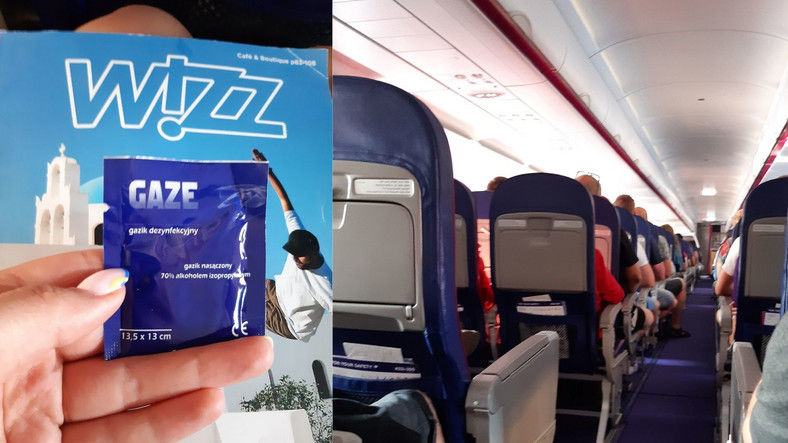 It is worth emphasizing that after landing, the flight attendant made sure to leave the deck in rows to avoid cramming passengers into the hallway. A rare sight, but what fun!

Since the “covid passport” was not checked before departure in Poland, we were convinced that it would happen in Rome. We were wrong – After landing, there was no check on us anymore – there was no border guard check at all.

We collected our luggage and left the airport.

Return to Warsaw from Cagliari

After a week’s holiday in Italy we came back from Sardinia as planned. This time we flew from Cagliari to Modlin airport. Here the Ryanair application immediately generated our boarding passes, but asked to fill in forms for Poland. Because we knew we were going to get them on the plane and we didn’t have computers, noWe have not added any documents to the application.

When checking in your luggage in Cagliari we didn’t have to show any forms. These were actually handed out and collected by the staff on the plane. 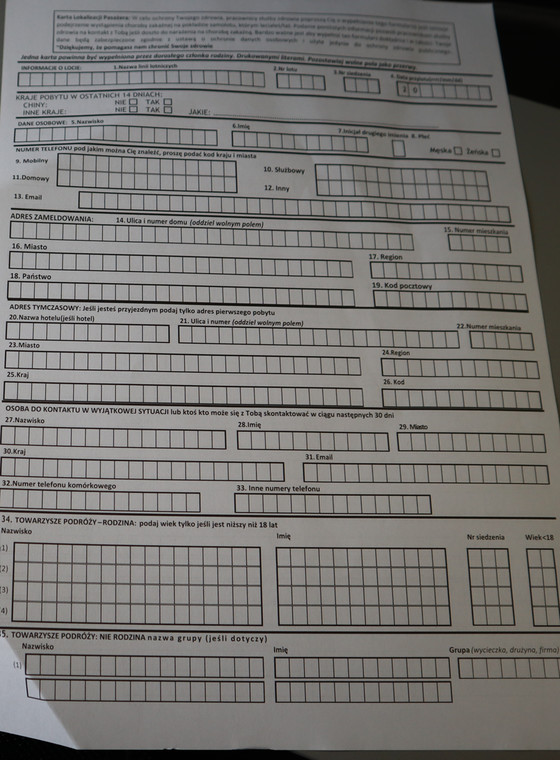 After landing in Modlin, after midnight, several border guards were waiting for us. interesting, They had no scanners – we showed ID cards and an application with the EU Covid certificate – after a cursory inspection we were let through. Several passengers were asked separately, possibly to fill out a quarantine facility form.

Traveling abroad during a pandemic

Traveling abroad by plane during the 2021 holidays is not complicated, although the list of documents to be completed includes an additional form and the EU Covid Certificate. However, it is interesting that it was checked only after returning to Poland, moreover it was volatile (it was not scanned). It was similar to the localization form.

Therefore, it can be safely admitted that the crossing itself is not problematic, especially for vaccinated people (the unvaccinated must undergo a test or have a certificate of illness – everything will be included in the UCC application).

However, it is definitely worth paying attention to local restrictions and adherence to the sanitation regime to prevent contamination with the coronavirus.