Spacious, comfortable and in the city

The “expansion” of Polish cities into the suburbs and surrounding rural areas has many negative effects, both in the urban, social and environmental dimensions. Long commutes, problems with media connectivity and lack of adequate infrastructure effectively discourage many from carrying out plans to build a home.

Poland’s lifestyle has changed in recent decades. Meeting in restaurants, going to the theater and cinema or working out in a fitness center have become standard, not an exceptional occasion. However, many of us dream of a larger living space and a green, calming environment that is hard to find in the city. The ground boundary makes it practically impossible to build one’s own house in a good location in a metropolis.

In Gdańsk, for people who do not want to give up their dreams of a house and at the same time value life in the Tri-City, there are LINEA HOUSES† These are terraced townhouses, built in the friendly neighborhood of Jasień. The dense communication network in this area, in the form of one of the main arteries of the city – Paweł Adamowicza Avenue, as well as tram and bus stops and the Pomeranian Metropolitan Railway station allows to quickly get to the center and other parts of the Tricity.

It is important that the houses are built as part of the LINEA estate, the offer of which also includes apartments and commercial spaces. This means that residents have full access to the investment infrastructure. Standard housing issues relating to, among other things, household waste collection, connection to the municipal heating network and sewerage have already been resolved by the developer.

A mansion is a good solution for people who want to replace the traditional vision with a product that is ideally suited to their lifestyle. The ALLCON project debunks stereotypes at the very first visual impression. The classic sloping roof and the colorful facade have been replaced by geometry and an elegant combination of white with a blend of graphite. The design of the buildings is inspired by the idea of ​​the Bauhaus (German school of art and craft), which influenced the development of modernist architecture and changed the way of thinking about design. The emphasis on functionalism and simplicity, as well as elegance and perfectly refined form make LINEA HOUSES stand out in the market. These features contribute not only to the attractive appearance of the property, but above all to comfortable everyday living. The architects made a design of 2 floors. Thanks to an adapted zoning, residents can easily separate the day zone from the private zone. Large windows and balconies make the rooms bright and cheerful. Importantly, despite the modern form, LINEA Houses have all the advantages a house should have: a garage for 1 or 2 cars, a place for a fireplace and a private driveway, a garden and space up to 185 m². 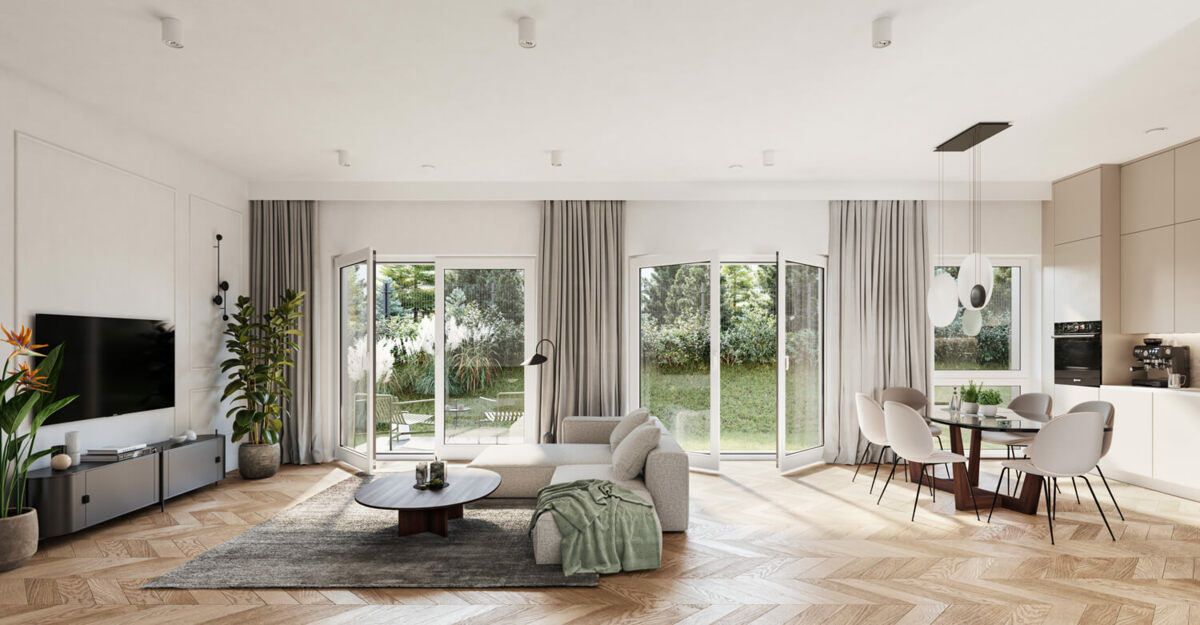 Saving energy and lots of green

An important advantage of LINEA Houses are ecological and energy-saving solutions that are not only beneficial for the environment, but also for the wallet of the residents. Terraced houses and the use of high-quality materials, such as POROTHERM bricks, promote thermal insulation and thus reduce heating costs. Good building insulation also contributes to energy savings. Another advantage is the connection to the district heating network, ie the use of so-called system heat.

Each of the eight OF LINEA HOUSES has its own garden. It is an ideal space for relaxing in a hammock, outdoor morning yoga or a family barbecue. In addition, in the remote part of the LINEA estate, the developer has planned the construction of Dolina Potoku, i.e. more than 7,000 sqm. square meters of green space, with walking paths, playgrounds, rest and recreation areas. 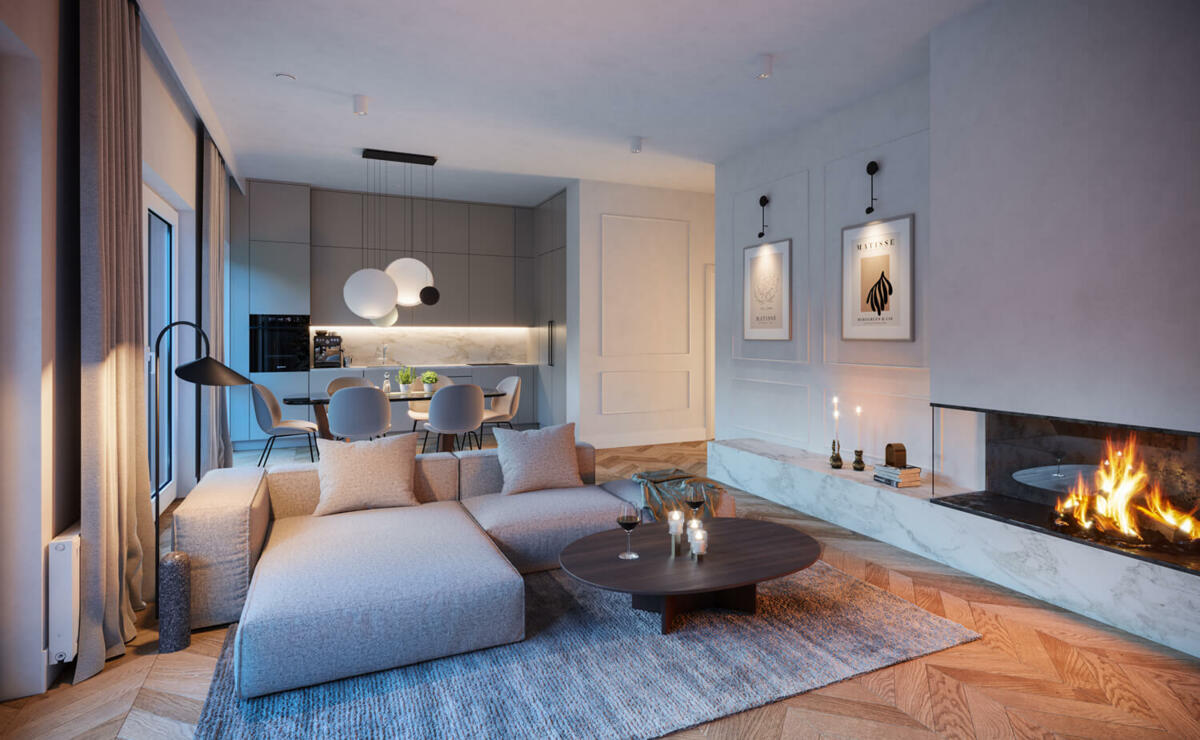 City houses are a comfortable and modern solution for those looking for a large space to live in a metropolis. An investment like DOMY LINEA proves that it is possible to combine a quick drive to work or the cinema with an afternoon relaxing in the garden. The ALLCON project will be ready for acceptance by the middle of next year.