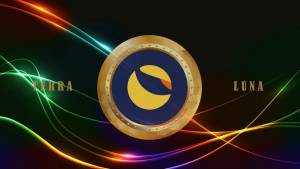 LUNA 2.0, although it has been in business since May 28, 2022, managed to sell itself by more than 90%, and the project itself is inherently associated with its prototype, which brought with it a broad cryptocurrency market with its collapse. Although the creators decided to try again, the majority of the community views the project with caution, and analysts believe it shouldn’t be made. What raises the greatest concerns and what is the future of the LUNA token list?

The LUNA 2.0 token was launched on May 28 and immediately lost 74%. It then fell another 60%, but has stabilized over the past week as the market tries to estimate fair value amid the controversy surrounding the collapse.

LUNA 2.0. it has not regained market confidence

The Terra project was founded in 2018 by former software engineers from Apple (AAPL) and Microsoft (MSFT): Do Kwona, who was previously the founder and CEO of Anyfi’s decentralized wireless mesh startup, and Daniel Shin, who co-founded the South Korean e-commerce Ticket Monster and the Fast Track Asia startup incubator.

The project ironically aimed at accelerating the adoption of blockchain technology, promoting cryptocurrencies, with an emphasis on price stability and user comfort.

Terra focused on creating an algorithmic stablecoin known as TerraUSD (UST), which maintained its link to the US dollar through a LUNA token exchange mechanism that allowed users to exchange 1 UST for $1 LUNA tokens.

While everything worked as expected for a long time, within days of May 9, the UST lost its peg to the dollar, only setting off a spiral of panic.

The source of LUNA’s biggest problems was Anchor Protocol, a lending platform based on the Terry blockchain. It offered UST strike with an annual interest rate close to 20%, which in itself raised significant suspicion.

For this reason, there was more than $14 billion on the Anchor Protocol before the collapse of the system, or more than 75% of all TerraUSD tokens, making the mechanism a ticking time bomb waiting for a fuse to collect investors’ money. to take.

In addition, a flaw in the structure caused the network to go into hyperinflation on May 12, as the sudden sale of UST resulted in the minting of billions of new LUNA tokens.

On May 28, Terra relaunched the LUNA token without UST as a hard fork or spin-off blockchain. According to the project migration documentation, “the original Terra was renamed Terra Classic and a new chain was created with the existing Terra name.

Trade cryptocurrency CFDs with Capital.com. Access thousands of markets around the world

Some investors counted on a quick response from developers, suspension of the new coin creation mechanism and a massive reduction in supply. However, for both the old and the new ecosystems, the question of trust is a fundamental one.

The initial maximum supply of LUNA coins in the new Terra chain was 1 billion, of which just over 124.6 million are in circulation.

LUNA 2.0 tokens have been distributed to former LUNA token holders from May 27. The new LUNA coin started trading on May 28 at $18.98 but immediately fell to finish at $4.94.

Although investors on May 30 believed in a major recovery of the system, which was reflected in the price increase to USD 11.97 on May 30, June sealed the fate of the project and the current price is below USD 2, ie almost 90 % of the price at which the asset entered the exchanges.

Technical analysis by CoinCodex analysts showed that global sentiment towards the LUNA network remains bearish. The coin is trading below the 3, 5 and 10 day moving averages, indicating a bearish trend. The Relative Strength Index (RSI) at the level of 50 also does not indicate a change in the direction in which prices are moving.

When analyzing the LUNA 2.0 price forecast, it is necessary to take into account the market uncertainty caused by the collapse of the first version of the currency and the volatility of this type of asset.

The rest of the article find you in this place