Sea salt is perhaps the most accessible salt in the world. The only problem is that you have to work a bit to get it. The process is simple: we take salt water, we evaporate the H2O and we are left with pure salt. All you need is time, sun and patience.

There is too much salt water around the island of Gozo, which is one of the islands of Malta. That is why the Maltese people have been mining salt in a natural and more institutionalized way for hundreds of years in the most natural way. All thanks to the energy of the sun, which is not lacking in the summer season in Malta. Because the most important period of salt production is the summer period, when the temperature and the sun work the fastest and the water evaporates.

The season starts around May. This is why I did not see the process with my own eyes when I visited Malta. I was just too early. Oh, in Malta, and of course Gozo, salt has been mined for thousands of years and it was certainly done in Roman times as it was used for the natural preservation of food. The process has become specialized over the centuries.

Salt is born of the purest parents: the sun and the sea – Pythagoras

And here’s a curiosity. In the past, salt was so valuable that it was used, for example, to pay for services. The English word “salary” comes from the word “salt”!

Initially I wanted to see the salt pans at sunset as I took a walk along parts of the west and north coasts of Gozo. Beautiful cliffs, ravaged by wind and rain, the yellow walls of the coast, then the Wied Il-Mielah rock window and on towards the salt pans. That was the intention, but unfortunately I couldn’t escape the powerful wave that broke through the Wied Il-Mielah rock window. Due to this complete flooding in wet clothes, I had to go back to the hotel.

Between the sea and the road are salt pans in which salt water evaporates.

So the next morning I went to this interesting place in a different way. I got on the bus in Rabat after a ten minute ride, because Gozo is a small island, I got off in Xwejni. From here it was only a few hundred meters to the pan. Along the way, I glanced at the Qolla l-Bajda Battery, a guardhouse built by the Knights Hospitaller and later converted into an observation post during World War II.

Well, this building has been neglected, so I moved on. However, this is where the main salt pans begin.
It is enough to follow a narrow tarmac path to the west and on our right there will be more reservoirs for salt extraction. Waves crash against rocks and seams almost to the horizon. It is beautiful and picturesque here. And for the tourist season there are practically almost no people here. Too bad, because I thought I would be able to see the process of salt extraction from seawater.

What does the salt extraction process look like? In the past, salt water was brought to the salt pans in buckets, today the process is supported by modern pumps that pump salt water. Because what happens next has remained the same for centuries. After about 3 days the salt will start to crystallize, you can brush it into piles and then pack it into buckets and then divide it into smaller packs that can be sold.

Salt pans are basically shallow pools cut into the rock into which salt water is poured.

As you know, before refrigerators were invented, salt was one of the basic preservatives, which is why it was so valuable. Not everyone could produce it, because it was licensed by the rulers. Suffice it to say that when it comes to the Polish salt market, it was the salt mines that were owned by kings. This was the case, for example, in the salt mine in Bochnia, but also in the well-known Wieliczka.
If you want, you can of course buy local salt. It is sold at stalls next to salt pans.

Salt mining families could and were able to produce about 10 to 20 tons of salt. This allowed them to support the family all year round. And why such annual differences? It all depends on the weather, what the wind is blowing, whether there are storms, whether the sun is strong enough.
You can imagine how much verbal water had to be transferred into the pan to evaporate the water and capture the pure salt. The salinity of the Mediterranean Sea varies from 33 to 39 per mille. So one kilogram of water contains 33 to 39 grams of salt. So it takes about 30 liters of water to get one kilogram of salt.

Walk along the salt pans

Salt pans are about 2 km long. There is a narrow road all along the route, shared by pedestrians and a few cars. If you go from the side of the bus stop in Xwejnia, you will have tanks below you on your right, in which the water evaporates. And of course you will occasionally see signs forbidding entering the area of ​​the pan. All this in order not to ruin people’s work and, for example, not to walk with your shoe in a prepared mountain of salt. Believe me, the ideas of tourists are unexplored!

But I also admit that it was a very pleasant walk. Few people (because for the season), light wind, waves hitting the coast. Very romantic you could say. I even found a place where the salt sachets were displayed. Interestingly enough, there was no salesperson with them. Could it be a world where sellers rely on human honesty and a fee to be paid, even without scrutiny? A wonderful world that I love very much!

But since nothing can last forever, you had to go back. That day I wanted to see the Red Fort on the main island of Malta, and then I had to go to Valletta. I had to be at the airport that day because I was on my way home. So I decided to climb the hill overlooking the coast to get one last look at the sea from the Zebbug lookout. Goodbye to Gozo! But I want to come back because I haven’t seen everything on the island yet! Malta is simply beautiful! 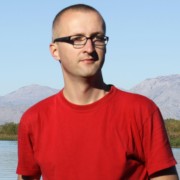 Dreams never come true. I fulfill them myself. So if I can, I pack a bigger or smaller backpack and go somewhere in the world. By plane, by bus, but I like the train the most. I often traveled to Asia and the Balkans. Today you will see me more often in Poland. I also prefer the dirty truth to the glazed unicorn stories, and the places described aren’t always pretty. I work a lot professionally and blogging is just an expensive hobby that I enjoy.