Maria Kuncewiczowa told her that writing is a difficult profession and hard work. She soon realized that it was also a lonely profession. She followed her heroes around the world for years, following their secrets and seeking herself in their destiny. She admits that she often chose everything over new books. Was it a good choice? Does he regret? And can he live differently at all? Katarzyna Przybyszewska-Ortonowska talks with the writer Agata Tuszyńska.

Always wanted to be a writer?

Always. And that has been since childhood. Books were my most valuable things and doors to another world. And the literary heroes soon became more important than their friends in the yard. I’ve found that when you read, you can live a lot more than you really are. Because I went to book fairs with my mother where their authors sat at the tables, I realized that behind every book there was someone who had to write it. We traveled to Kazimierz on the Vistula River, where the home of writer Maria Kuncewiczowa was near the press house. I saw her over the fence. She was elegant. She wore suits, pearls, clips and painted nails, and she walked through her beautiful mansion with her husband. She received guests, spoke to them in French and English. And my mother always said, “Look, look, Agatha, this is a writer.” So I wanted to be like them, because I imagined writing was all about good looks, makeup, and learned conversations in my own mansion.

– Life has verified your ideas about being a writer?

The difficulty of writing quickly became apparent to me. I didn’t have to wait long to admit that Kuncewiczowa was right. After writing the first, second book, I already knew that good writing means constantly improving what has already been written, balancing between thought and word, which is almost a physical effort. For me, this effort goes “on hand” because I write with a pen.

– Do you still write with a pen in the 21st century?

I write ideas, paragraph start, concepts, which is important with a pen. I have many pens and they are part of the writing ritual. An activity that is very lonely. At first I didn’t realize it. There are writers – this was Romain Gary, the main character of my last book, The Juggler – who write with ease and with a lot of effort. Writing is difficult for me, I have to concentrate, I write badly when someone is around. I know, I’ve condemned myself to loneliness. But I know no greater joy than writing a good sentence. So maybe it’s worth it?

– Do you write in the morning, in the evening, at night?

I like writing in the morning. When I wake up, I go for a long walk. When I’m by the sea, I get up early to see the sunrise. I sit down to write around 7:30. And it takes more or less up to one or two, depending on the day. In the afternoon I read and take notes. I have the best intellectual and emotional conditions in the morning. Then I think differently. I know my friends who write at night, because then no one calls with the news that my grandmother has fallen off the ladder. At night you can completely isolate yourself, disconnect from the world.

– Can you become addicted to writing?

I am an example of this. In May I published a book that was extremely difficult and conceptually complicated. I felt that when she finally left, I should stop writing for a while, rest. Well … I walked past the desk yesterday, I passed my eyes and I had to sit down, I do not know what prompted me, and a little later I jotted down ideas, first sentences of new texts, paragraphs … Yes, writing is absolutely addictive.

ALSO SEE: Michał Wiśniewski: “Every time” I believedthat we’ll make it.” “It seems to me that I had very loving wives who approached our marriage with the best of intentions.” 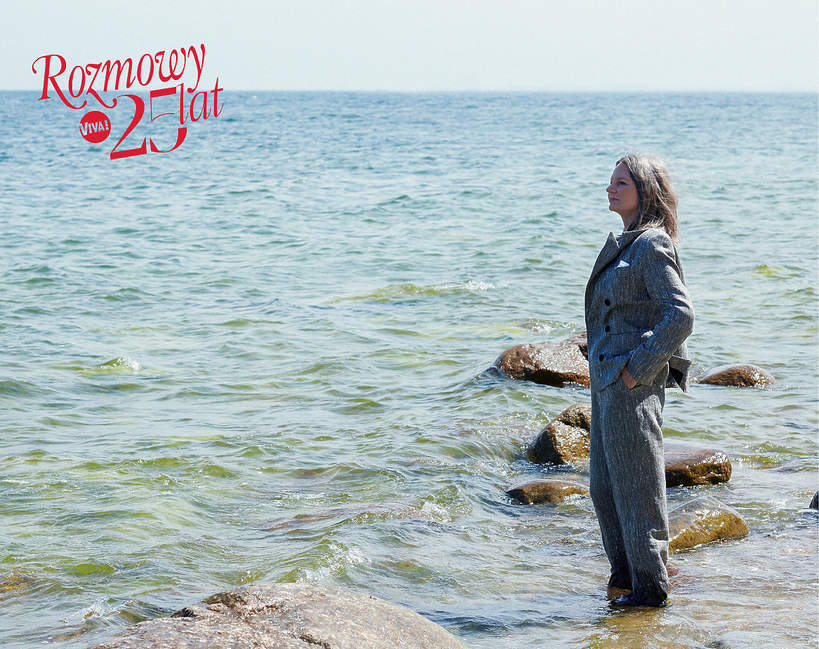 – And it costs life…

Depends on what life is for… No doubt it takes time that could be spent on other adventures. It cost me. Usually I don’t regret anything, I don’t think about the past because for what, but I remember my Henry went on vacation with his sons to the Rocky Mountains. They wanted to take me. But I had to finish the book, even now I don’t remember which one. I did not go. And sometimes I think I’ve never been to the Rocky Mountains and will never get those 10 days with Henryk and his kids back. But then this book seemed so important to me, and those 10 days seemed to be stolen from her. Henryk, who convinced me of everything, failed to convince me. Yes, the longer you live, the more you can see that greed for work, of any kind, takes time to live. I’ve never been to Japan and dreamed of it, I’ve never been to the Pole, and that tempted me too. But my addiction to writing was so strong that I succumbed to it.

– You never wanted to have children?

When we met, Henryk already had two sons. He felt that he had accomplished his plan.

How can you regret something you didn’t experience? I don’t know what it means to have a child, I don’t know what it is to be responsible for a little person, to be with him as he develops, to let him become someone. I do not know that. I can’t even say if I really wanted it because if I wanted to, I could look further afield. I didn’t because Henryk, our love, and our life were so attractive that that need dominated that. Maybe some will have children, others books? Maybe it doesn’t have to go hand in hand?

I’d like to enjoy my new book, The Juggler. Guide it a bit on the way to the readers. Resting is not very successful for me, although I know it is necessary. My dream is to write something I haven’t written yet. Find myself in a strain I haven’t bred. To create something that will be a surprise to me, where as a writer I will find something different. It will probably be difficult, but the only difficulty is the dynamics of change. I’m not interested in walking along familiar roads.

– These are the dreams of a writer. And the women?

I dream of meeting a knight, although I don’t believe in knights (laughs). I dream of a long, long journey, but aren’t lonely journeys too painful?

– Certain things are definitely verified. They teach themselves.

Okay. Agreement! A lonely journey in an undefined direction. I immediately think which pencils and pens I am going to pack, which notebook. Let white sheets of paper be a harbinger of something completely new. While it’s hard to change your own handwriting…

ALSO CHECK: They met during a boxing class, that was part of his plan… Here it is love story Karolina Pisarek and Roger Salla

You can read the whole interview in the latest issue of VIVA! The magazine will be on sale from 15 June. 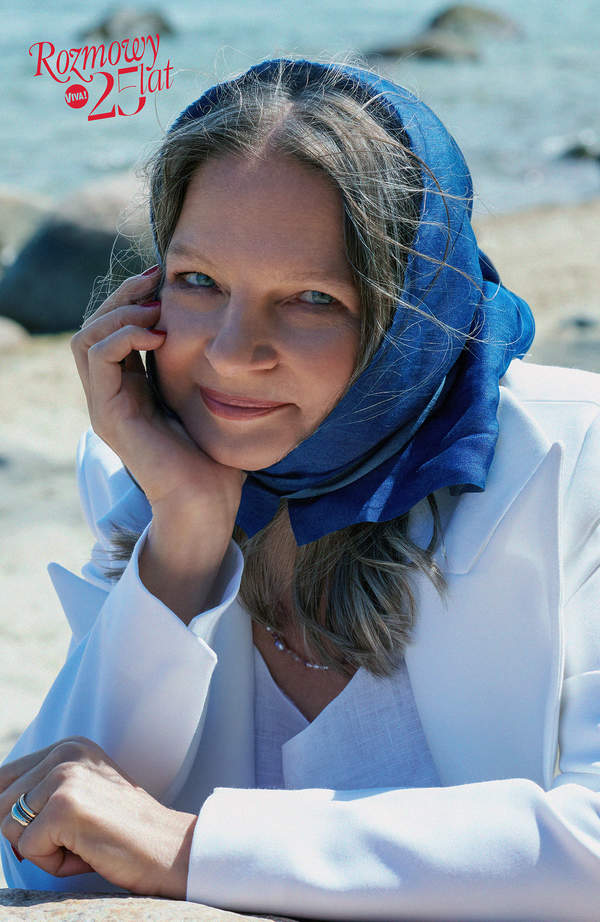 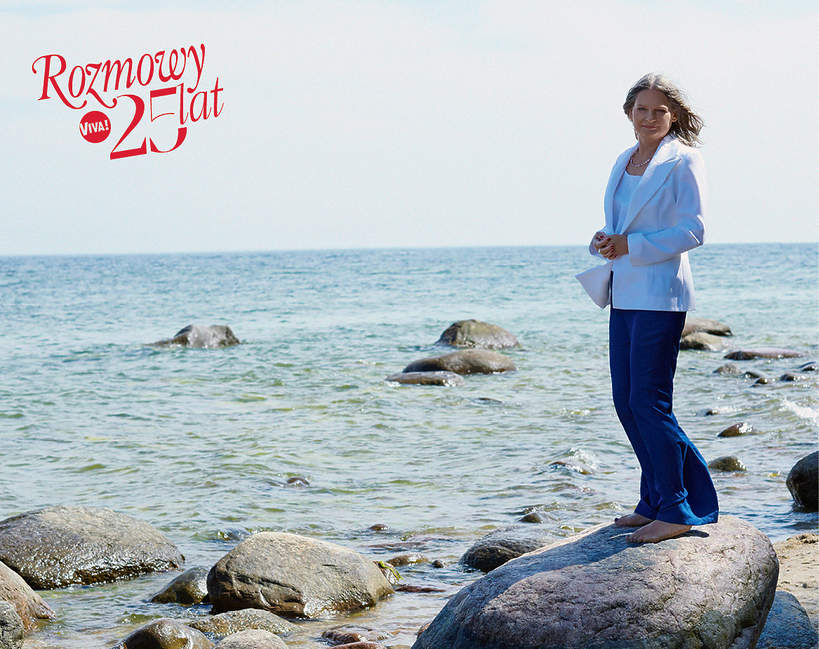 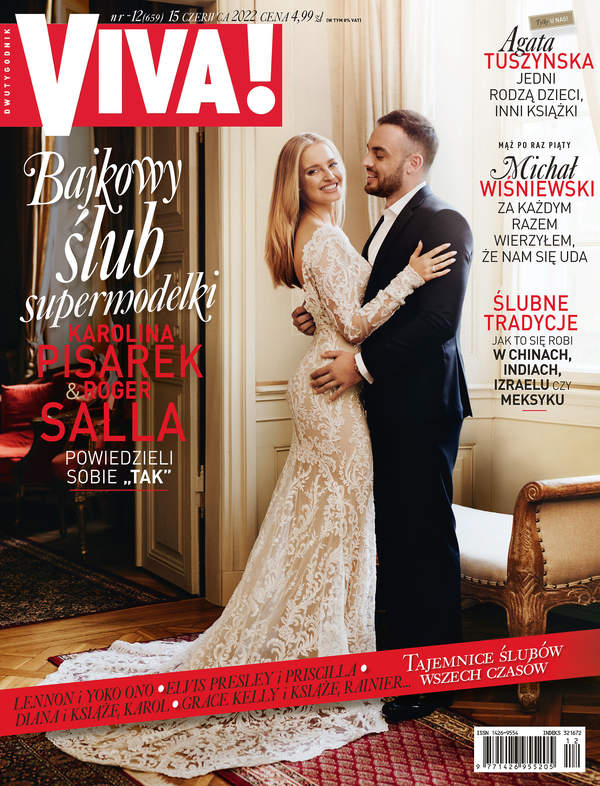