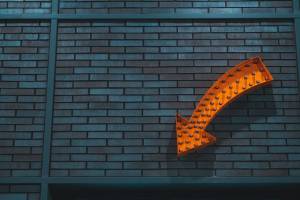 Today’s session once again shows the weakness of the bulls, who have a clear problem with the upward rally continuing. Will the indices catch their breath and give up the supply fields? What arguments do buyers have on their side? Have the bulls missed out on purchases again?

We will try again to describe the current situation in the stock market, based on observation of prices and investor behavior. First of all, recent months have shown that it’s never been this cheap, that it can’t even be cheaper, the argument of ‘attractive valuations’ as a basis to avert declines is losing momentum. We have often seen in history that the low valuation of stocks lasted for years, and yet there were no buyers and no one to ‘pull’ the indices up.

Such a scenario literally seems to be the bane of buyers who, having learned from the declining covid trend, find it utterly improbable and ridiculous. You might even be tempted to say it’s ridiculous that not many people would want to buy even the best, undervalued companies. At the same time, it is worth bearing in mind that hard times are the most appropriate time to get interested in the stock market.

At the same time, such a scenario cannot be ruled out, as markets are rocked by a multitude of factors related to psychology and macroeconomics. Buying stocks is not the primary cost of survival for the vast majority of retail investors. Institutional investors, on the other hand, may want to wait until they are certain that a large amount of ‘cheap’ capital is ‘on the table’ again. The good health of the indices and the mass of buyers can therefore be seen as signs of a ‘sound economy’ in which people invest because they have more money than they need.

In a sense, the boom that started after the pandemic was a synthetic phenomenon, caused by the printing of money on an unprecedented scale and the euphoric effect of ‘return to normal’. But what if the situation is reversed, the basic cost of living will rise and money is no longer ‘cheap’? Then we can assume that a large part of buyers and capital will disappear from the market, which can lead to bigger discounts and many months of ‘promotion’ on the exchanges. Meanwhile, in the age of more expensive money, aggressive banking policies, inflation and increases in energy prices, we can expect more and more cautious ‘investing’, a further cooling of moods should come as no surprise.

Today, the MPC conference confirmed the aggressive policy of the central bank, which plans to raise interest rates until the ‘peak of inflation’, expected to be reached in the summer, is confirmed. The next rate cut may not take place until the end of next year. At the same time, it is worth bearing in mind that stock markets will price in the future and that once the inflation peak is ‘identified’, the markets may begin to play out scenarios for a rate cut and an improvement in investment conditions. The ECB is much less aggressive as it forecasts a modest 25bp rate hike in July and has no intention of ‘racing’ the Fed on tightening monetary policy.

The aggressive continuation of monetary policy in Poland is clearly weakening the WIG20, which is losing more than 1% today and falling below 1780 points. CD Projekt’s declines drew attention as they fell below PLN 100 and lost nearly 9% when Bank of America’s recommendation was lowered to PLN 55 per share. In Europe, the DAX and FTSE are the worst performers, losing more than 1.5%. Sentiment is also weak on the US trading floor. Tesla, which received favorable recommendations from UBS analysts, is looking to increase its value, and sales for cars manufactured in China despite the lockdown have improved. However, the gains are still limited and the euphoric reactions of the markets that are so characteristic of 2020 and 2021 now seem definitively muted.