In August 2021 Intergovernmental Panel on Climate Change (IPCC) has released the first part of the report, which describes the phenomenon of climate change on our planet. More than 200 researchers from around the world are responsible for the analysis, which has developed conclusions from more than 14,000 people. Research. The paper concludes that only a rapid, deep and sustained reduction in emissions of carbon dioxide, methane and other greenhouse gases will lead to a reduction in warming, which would likely allow adaptation to changed, but to some extent stable, climatic conditions. Such a reduction is only possible through changes in all sectors, including land management and food production – Agriculture and forestry account for about 23% of greenhouse gas emissions, including methane, which will have an 86 times greater greenhouse effect than CO2 within 20 years. Methane levels in the atmosphere reached a record 1,892.3 ppb (parts per billion) in 2020.

But what does this have to do with meat?

According to recent studies, the production of food of animal origin (and feed for farm animals) is responsible for: 19 percent global greenhouse gas emissions† The main source of greenhouse gas emissions from agriculture is deforestation – as trees grow, they absorb carbon dioxide and integrate it into themselves, while when they burn and decompose, the carbon stored in them is returned to the atmosphere.

40 percent of land harvested through deforestation is developed as pasture or farmland. Together no less than 80 percent of all agricultural land is spent on the production of animal food – meat, dairy products, etc. In the Amazon itself, the largest tropical rainforest in the world, 70 percent. deforested land is used as pasture for livestock. Beef production is the largest source of tropical deforestation in the world, five times greater than any other sector (soy is the second largest, but about 70% of the crop is used for animal feed). In total, livestock farming is responsible for 36 percent. deforestation in agriculture.

Cattle are also a huge problem for another reason – in the stomachs of ruminants, such as cows, some of the microbes present in them during the decomposition of grass. they produce methanewhich the cows then deliver in the form of farmers. The aforementioned methane is a very strong greenhouse gas.

According to the International Energy Agency (IEA), 570 million tons of methane are released into the atmosphere every year, of which 60 percent. it is the result of human activity. A third of this comes from agriculture, mainly from cows.

Deforestation is not only a major problem for the climate, but also for biodiversity – forests, especially as unique as the Amazon rainforest – are home to a large number of plant and animal species. Meanwhile, humanity has already led to the sixth mass extinction of species on Earth from the destruction of the natural environment – only between 1970 and 2016, the population of mammals, birds, fish, amphibians and reptiles decreased by 68%. One million species of animals and plants are currently threatened with complete extinction. Since 2000 alone, 1.9 million km2 of natural habitats have been destroyed, which is about eight times the size of the UK. According to a study by The Economics of Ecosystems and Biodiversity (TEEB), lead author of which is Pavan Sukhdev of the Deutsche Bank, economic losses from forest loss are $2 to $5 trillion (thousand billion) dollars a year, or 7 percent. world GDP. It is the appreciation of services provided by forests such as: food and wood supply, retention, air purification, oxygen production.

Can we imagine the state subsidizing production? tobaccoie something that is extremely harmful to health? Well… We don’t have to imagine it because it always is. So if governments keep putting money in the pockets of producers of something whose harmfulness is now obvious and everyone knows, why not subsidize meat whose complex harm is known to a relatively small segment of society?

It turns out that only the US government pumps in the production of this kind of food every year $38 billion† And how many subsidies go to fruit and vegetable growers? $17… million, or just 0.04 percent. the quantity supplied to the meat industry.

It is no different in the case of the European Union, where almost a fifth of the budget – about 28 billion euros – is awarded annually to support livestock farming. In addition, the EU allocates €200 million annually in subsidies to the “promotion of agricultural products”, of which about €60 million has been spent on 21 meat marketing campaigns over the past three years. And these try to present the industry in the best possible light.

Painting the flesh green and white-red

This is evident from the latest Greenpeace report, in which the practices of en marketing manipulations of large meat companies† This is the first report in history to expose the intricacies of major meat companies. It was created based on an analysis of meat advertisements in Poland, Spain, France, Denmark, Germany and Switzerland. 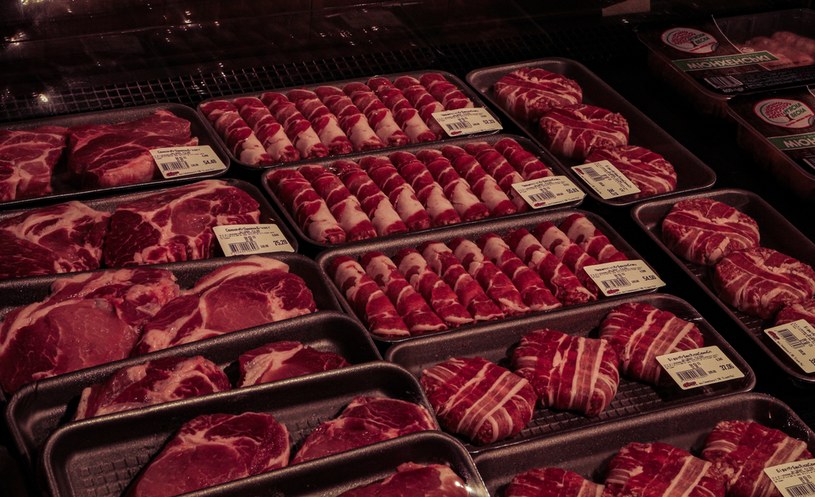 Meat is extremely cheap thanks to government subsidies and not the cost of environmental damage.
†Mary Winchester †Unsplash

The report details the myths that meat producers create to market people’s desires, such as the need for acceptance, success, love, respect and well-being, and to encourage the purchase of their products. According to the report, the companies aim to present the meat industry as a solution to the climate and wildlife crisis, and not as one of the causes (the so-called greenwashing† In addition, they target children and adolescents for their manipulation to inculcate in future generations that eating meat is a desirable practice. They also connect meat with national identity, making his food a patriotic show of support for the country, culture, farmers and the economy. Ultimately, they reinforce gender stereotypes by suggesting that eating meat makes you more masculine and eating your family meat makes you a better wife or mother.

However, if we want to save our future, we can’t accept the narrative being imposed by pet food manufacturers, climate change researchers emphasize. After the COP26 summit in Glasgow, 40 scientists from the Intergovernmental Panel on Climate Change (IPCC) published an open letter.

“Several peer-reviewed studies have shown that if global meat consumption remains at projected levels, emissions from agricultural products will consume the entire global carbon budget by 2050, with livestock farming being a major contributor to this,” the researchers write, adding. that ‘even if all global fossil fuel emissions were stopped immediately, emissions from our food systems they would still be above 1.5 degrees Celsius by 2050.”

So what’s the solution? plant-based diet†

“Events”: The drought in Poland causes the first restrictions on the use of the water supply system
Polsat News