What are the key components of breeding success on the male path? What does it gain you to check the breeding value of animals in foreign indexes? How did such a good breeding value come about at Danko? These questions will be answered in the next installment of the cycle on the genetic potential of dairy cattle.

In the previous installments of the genetic potential cycle, we presented the stages of breeding selection. It requires a lot of work, but thanks to this, the herd from generation to generation is characterized by increasing genetic potential in the range specified by the breeder.

As Dariusz Szlecht, the principal breeder at DANKO Hodowli Roślin sp.Z oo noted, when asked how to achieve breeding success, the use of genomic selection was of great importance.

– Breeding in Danko has been done for many years, but I think what sets us apart is that we took advantage of the moment when genomic selection came to Poland. From that moment on, we decided to intensify our breeding work with this selection. From 2014, when semen from genomic bulls in Poland became available to farmers, we became part of a group that started using semen very intensively – said Szlecht.

Breeding success on the male path – which is the most important?

The most difficult to achieve is breeding success on the male path. As Szlecht noted, in addition to high breeding values, a high health status is also necessary.

If a bull is born on a farm with a poor health status, where there is paratuberculosis, or if the animals are vaccinated for IBR or BVD, it will no longer be used for wide insemination in Poland.

– Success on the female path is the easier art because the health of the herd is less important. Even if one breeds the best heifer in a herd with not the highest health status, he will still have the best heifer in Poland, he will rank, he will produce milk and the breeder will be satisfied – explains Szlecht. – On the other hand, breeding the best bull is the greatest breeding achievement in the field of cattle breeding, because bulls should not only have high breeding values, but also high health status. In order to be able to buy such a bull from SHiUZ or an insemination station later, he must meet all health requirements. If he is born on a farm with a poor health status, where, for example, there is a problem with paratuberculosis or the animals are vaccinated for IBR or BVD, it will ensure that he is no longer used for wide insemination in Poland – he stressed.

Danko Kennel can boast of numerous breeding successes. As Szlecht pointed out, in terms of the male line it includes Danko Zoom.

The first bull to break the dominance of foreign bulls in the Polish valuation.

– The appearance of Danko Zoom in the valuation caused some confusion, which in turn gave us great satisfaction, because it is the first bull to break the dominance of foreign bulls in the Polish valuation. The value of Polish breeding is confirmed by Danko Alians, who as the second of our bulls, as well as second in Poland, also became the leader in the international ranking in Poland – said Szlecht. – On the other hand, we were successful on the female path from the beginning by intensifying our breeding work. Heifers, which took the first places in the ranking of genotyped heifers, I counted 6 or 7. These heifers also scored very high in the ranking of cows later, already as mature cows. Our very good breeding lines include Danko Szampa, Danko Mela, Danko Wiochna and Danko Bomba – he added.

Checking the value of breeding stock in foreign indices

Danko also checks the breeding values ​​of his animals in selected foreign indices. As Szlecht points out, although the company focuses on the Polish index, the company monitors how animals evaluate themselves in foreign indexes.

– We run different breeding lines in other directions as well. The basis is generally the Polish breeding index, but we have several lines in which breeding work is carried out, for example under the German RZG index. We send heifers for genotyping and I must say that with great success, although they are not in German breeding books, they do not appear in the local rankings. However, if their breeding values ​​were compared, they would be in the second hundred of German heifers, so if about 1 million heifers are genotyped in Germany, ours would be in the second hundred of this ranking. With this we confirm the breeding values ​​of our animals. They also perform very well outside our country. We also have a few lines in the TPI index, but they are less intense – emphasized Szlecht, explaining that this lower intensity of work is due to the desire to focus on the Polish index and Polish breeding – On the other hand we want to verify the values ​​of these animals, check how they will be valued in other indices – added. 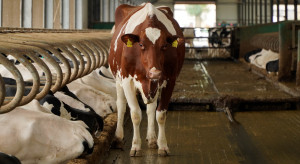 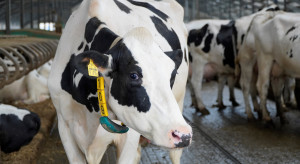 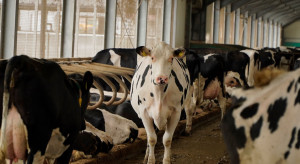 Copyrighted material – the rules for reprinting are laid down in the regulations.