Tennis is a sport discipline in which Polish players achieve great success. However, each player writes his own story. And this is paid for with hard work, years of sacrifice and hours on the field. What is the reality of Polish tennis players and what does it take to achieve success in this sport?

Professional tennis requires submission to this discipline almost your entire life. There would be no successes in modern tennis if Agnieszka Radwaska, who ranked second in the WTA in the 21st century, hadn’t walked the solid foundations and well-worn paths.

However, each of the players started the same way – with hard and consistent work from an early age.

Undoubtedly, thanks to her successes in Poland, more and more girls began to dream of a real career and success. In interviews, the competitor has often emphasized the need for support and appropriate facilities on the way to the top.

The father and the first coach of the Radwański sisters emphasized in interviews that the decision to raise his daughters to become world-class athletes involved a huge financial risk, which at the time took the whole family on their shoulders.

Our indigenous women’s tennis is not only doing well thanks to the most famous players. Among the young, ambitious tennis players are Weronika Falkowska, who has taken four wins in singles tournaments of the ITF ranking, and ten doubles victories, resulting in a 375th position in the WTA ranking.

However, the ambitious player, who was infected by her father with a passion for tennis, does not intend to stop there.

My dream is to win the Grand Slam and be in the TOP 10 of the WTA † says Weronika Falkowska cheekily.

The tennis player also emphasizes the importance of supporting sponsors and partners in further development.

Grupa LOTOS is constantly helping to fund the development of my tennis. Thanks to the financial resources I am calm in securing the costs of, among other things, trips to tournaments and the compensation of coaches – he says.

Another successful player of the young generation is Magdalena Fręch – the Polish champion of 2020 and 2021. Her hard work was awarded with the 88th position in the WTA ranking.

As the player emphasizes, from childhood she already had enthusiasm for various sports. Close to her parental home was a tennis school and so the adventure with this discipline began. In which colors? Magdalena Frach see your future?

At the moment I am effectively aiming for the TOP 50 in the WTA rankings, since probably every tennis player dreams of winning the Grand Slam † says the competitor. 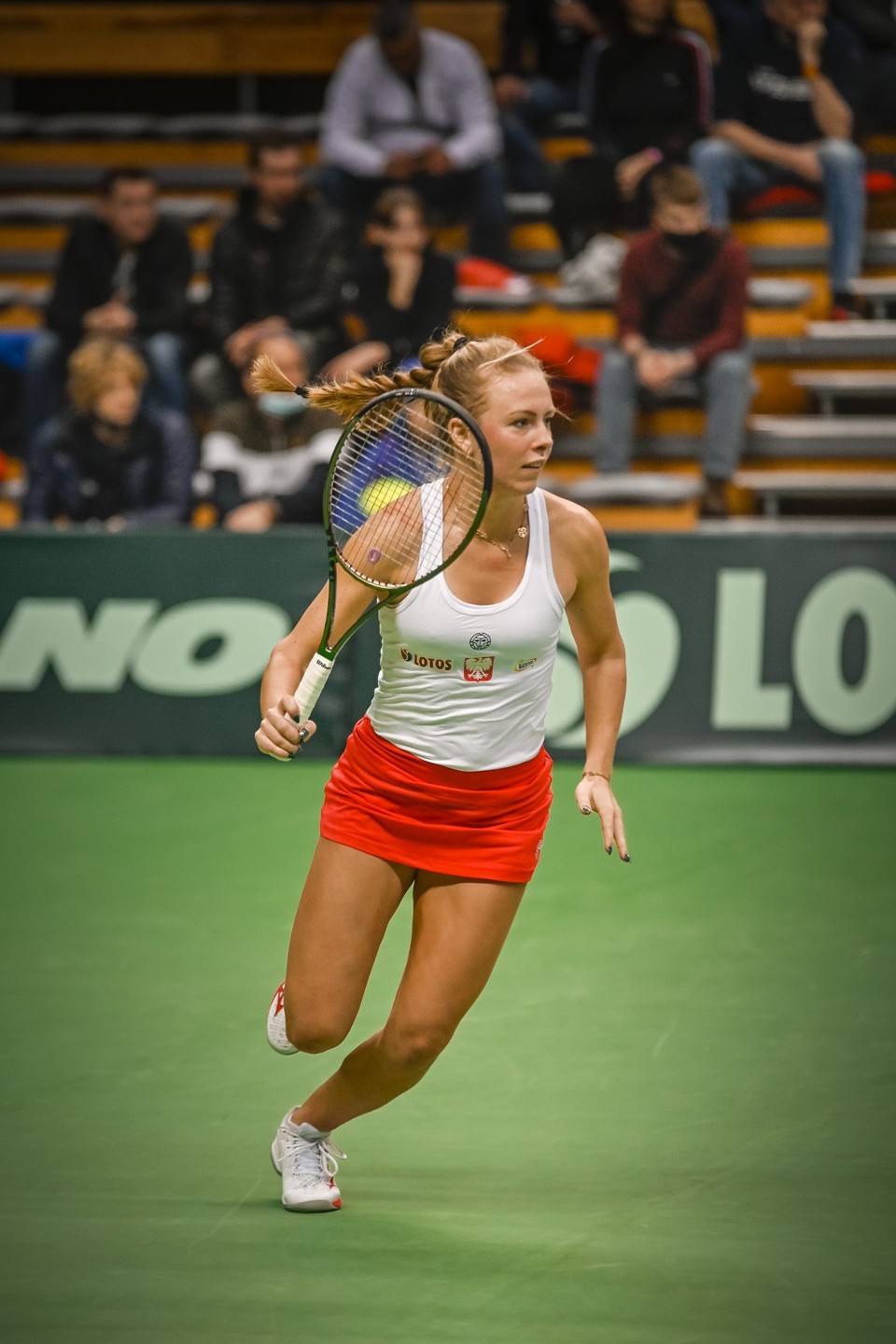 Behind these successes is also the support of sponsors, including Grupa LOTOS, who contribute to the emergence of more and more Polish women among the world’s top tennis players.

Tennis players who dream of sporting success can count not only on the support of their loved ones, but also on the support of clubs, associations and sponsors such as LOTOS. It is thanks to the collaboration between LOTOS and the Polish Tennis Association that the national tennis promotion program – LOTOS rackets, aimed at players under the age of 12, has been established.

The program aims to capture tennis diamonds and enable their further development, as well as relieve the wallets of parents who are not always able to cover the growing costs associated with cultivating their children’s passions. It is also a motivation for clubs to look for talents.

Often the first contact with tennis turns out to be a lifelong choice.

It is a sport discipline to which I have devoted and devoted my life. I strive for and achieve success. This is my life, passion, joy, emotions † says Magdalena Fręch.

LOTOS PZT Team was founded in 2019. The aim of the project was to facilitate the development of potential and talented players. LOTOS offers its help and financial support to those who are successful and take their first steps in professional competitions.

One of the initiatives supported by LOTOS is also National Tennis Day, which takes place in 14 Polish cities and aims to popularize this sporting discipline. The initiative will be held for the fifth time in 2022. Who knows, maybe it was at such an event that someone fell in love and interested in tennis.